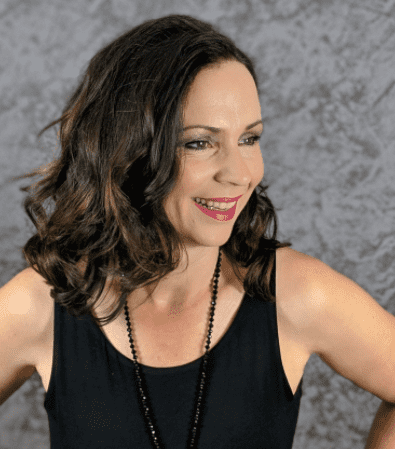 Friday is my day for babysitting my granddaughter, Florence. She’s two years old and full of it!

When I first started looking after her in September 2020, the days were quite relaxing – I’d play googoo-gaga for a little while, give her a bottle, sing her to sleep and watch some nonsense daytime tv about drag queens or people marrying people they’ve never met whilst she slept in my arms.

She’s on the go all the time – I feel as if I spend most of my day preventing her from killing herself, either from hurling herself around on the furniture, or running flat out towards a wall with a blanket on her head, or making a mockery of the child-safe catches on the cleaning cupboard.

So, lately I’ve found it easier to entertain her in parks and playgrounds. It’s also great for people-watching.

I find different parenting styles fascinating because we’re all affected by how we’re brought up.

I don’t say this to blame on our caregivers for every problem we struggle with later in life, but sometimes it’s worth reflecting on where we learned certain thought processes and behaviour from.

Our brains are like computers. Every day, we receive information. It’s processed and stored, and much of what we do today is influenced by out early experiences.

In the park, I notice very different messages caregivers give their children:

The Constant Worrier – so concerned their kids will hurt themselves they’re constantly saying “Be careful” or “Not too fast” or “Watch out!” or “Slow down!”. It’s fairly likely any child brought up with this kind of message will be a great Health and Safety Officer. No potential hazard will get past them!

The Phone Addict – their kids are basically an inconvenience to be dealt with between social media scrolls. It’s a miracle they can locate their young to take them home. If you were brought up by people who had their focus permanently on other things, you’ll probably end up a flame-juggling circus performer because you’re used to having to do extreme things to get noticed.

The Organiser – they’re constantly urging their kids to “do this, do that, try this . . . have you seen that?” Children with this kind of early conditioning will end up with a garage full of snowboards, sewing machines, golf clubs, artist’s easels, dartboards, fishing rods and four different types of bicycle because they feel compelled to do ALL THE THINGS.

The Critic – their kids can’t do anything right, “You are such a silly boy, Jake!” or “You’re always in everyone’s way, Alice”, “Look at the mess you’ve made!”, “Be nice”, “Stand up for yourself more!”. Children of critics tend to expend a lot of energy beating themselves up for not being good enough. Criticism is like oil in an engine – the right amount can be useful, but too much creates a filthy, stinking mess.

Who influenced you when you were growing up?

I’m sure you have lots to be grateful for, but do some detective work if you have any problems – you can solve them easier if you know the source of the trouble.